In September 2014, we (digitalhi) secured the tender to assist the United Kingdom-based sector of the hotel chain to break down an audience which has been a struggle for a number of years, the 1.86million students throughout England, Wales, Scotland and Northern Ireland. They had recently seen a decline in social media engagement therefore asked us to grow their audience and provide them with a strategy that built engagement with local University students in an attempt to alter predetermined misconceptions of the Holiday Inn brand. The hotel chain had already identified that, particularly in major cities in Northern England such as Liverpool, Manchester and Sheffield, the brand was not at the forefront of students’ consideration and was fairly unpopular with Millennials and Generation X. We were challenged with marketing the hotels ability to host private Graduation Balls and, as a result, increase room bookings with students’ friends and families around Graduation.

We quickly found that although the North England-based hotels’ Facebook fans were small in numbers, they were one of the most engaged brands in the hotel chain market, yet a small 4% of this fan base was within the target audience age-range. Therefore our initial challenge was to grow their fan base on social media, with a specific focus on Facebook, through the use targeted Facebook Ads.

We then replicated this same message, through partnership with National Union of Students (NUS), we sent eBlasts and included TV ads within National Student Union Guilds. We purposely used a very tongue-in-cheek headline to firstly capture the attention of the target audience, but also change their perception of the Holiday Inn brand.

”“I had the pleasure in working with DigitalHi and drawing on their enthusiasm when introducing the services offered by our business to the student community in Liverpool. The insight offered by DigitalHi, into successful marketing of our hotel services, opened up to a new market for us and led to new sales and repeat business. I have always found them to be approachable, trustworthy and have appreciated their recommendations.” 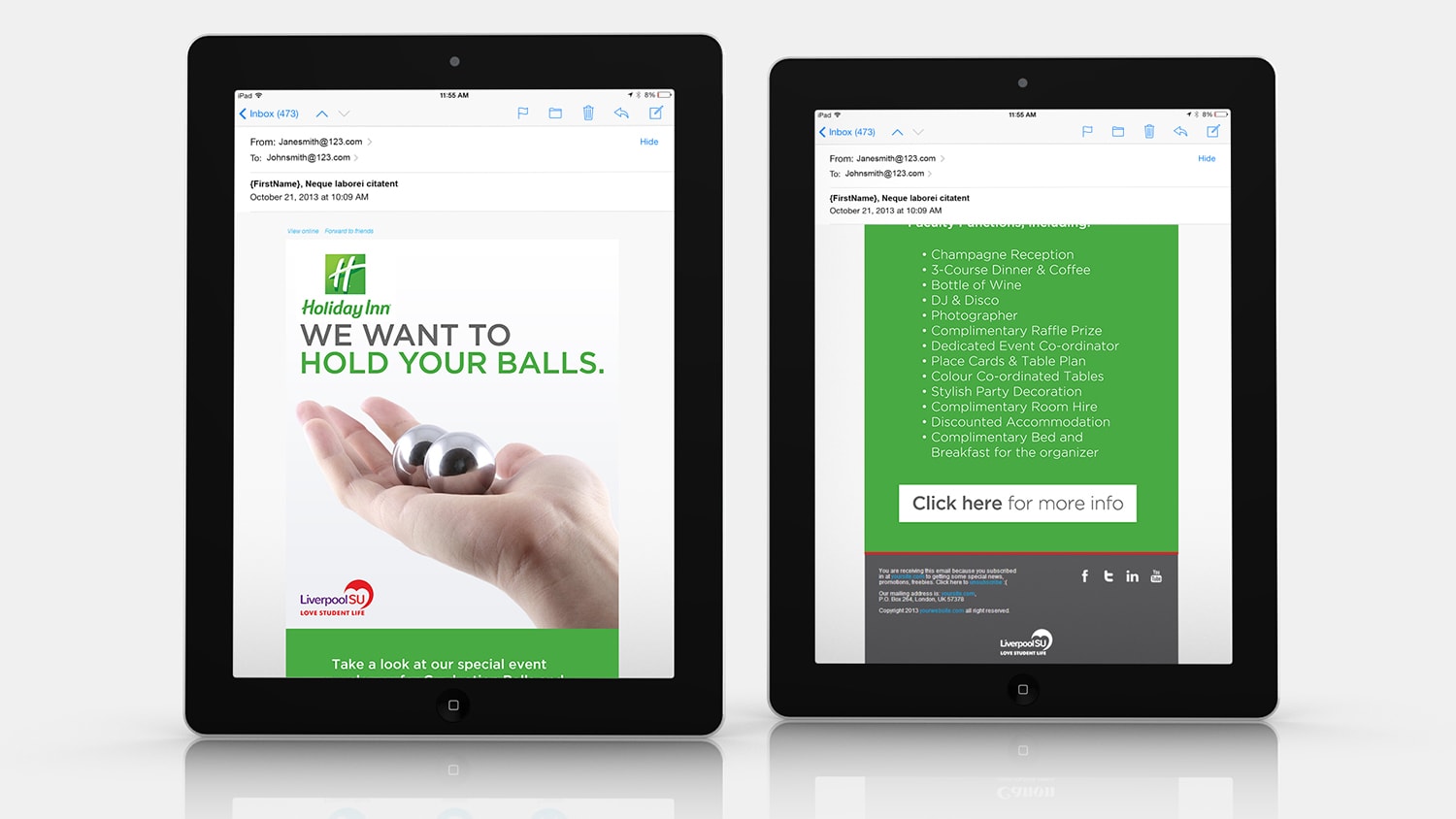 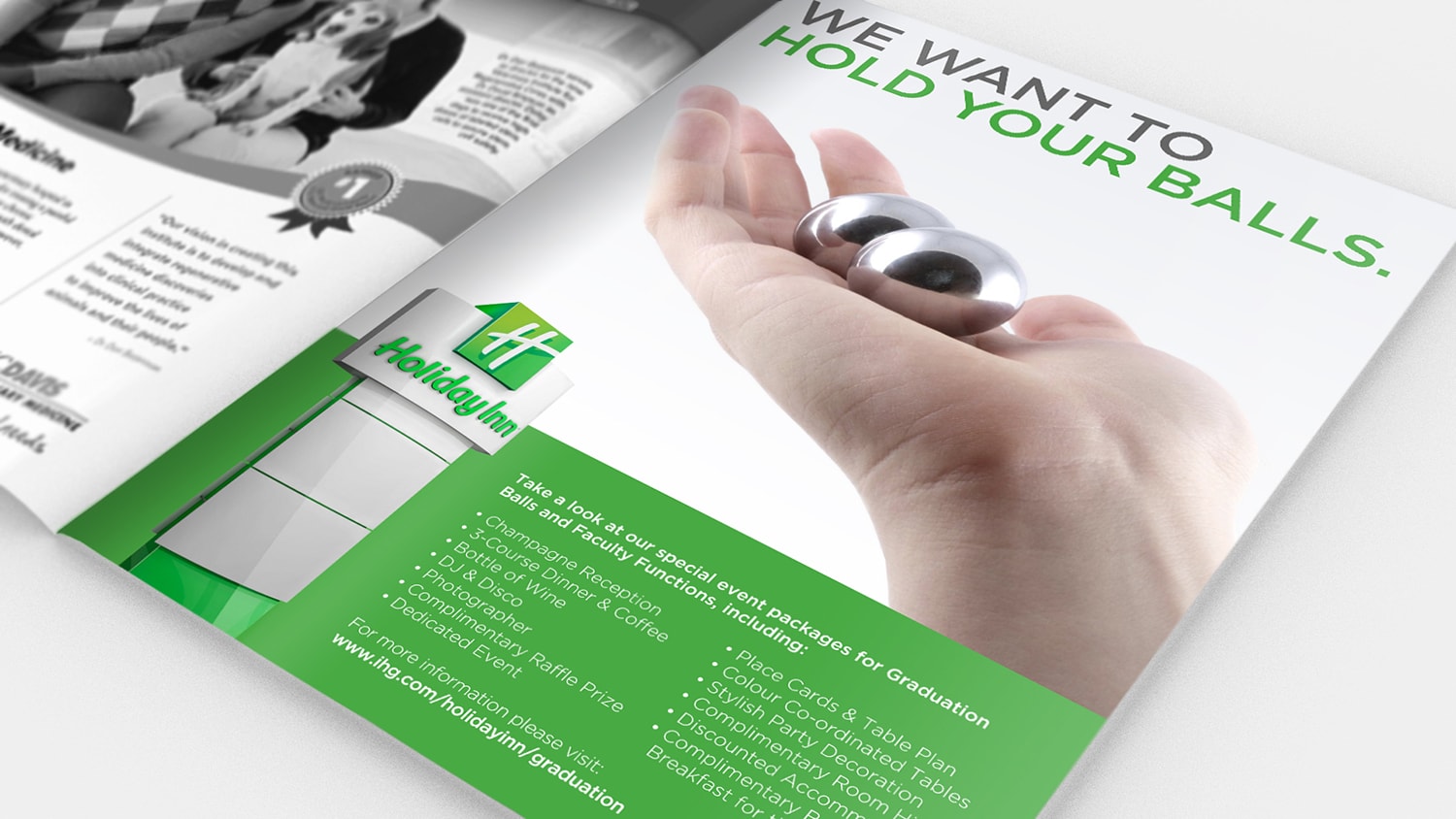 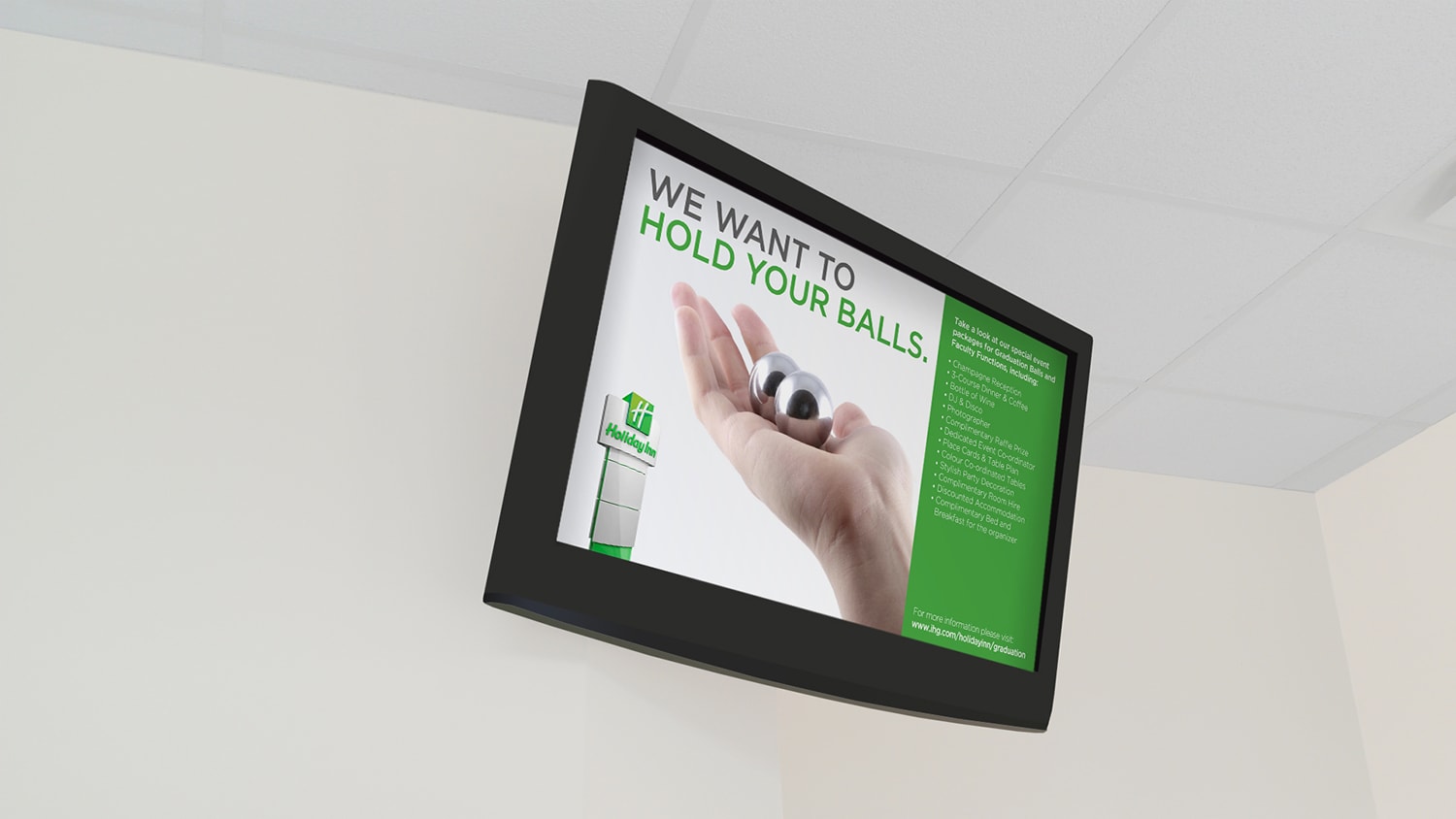 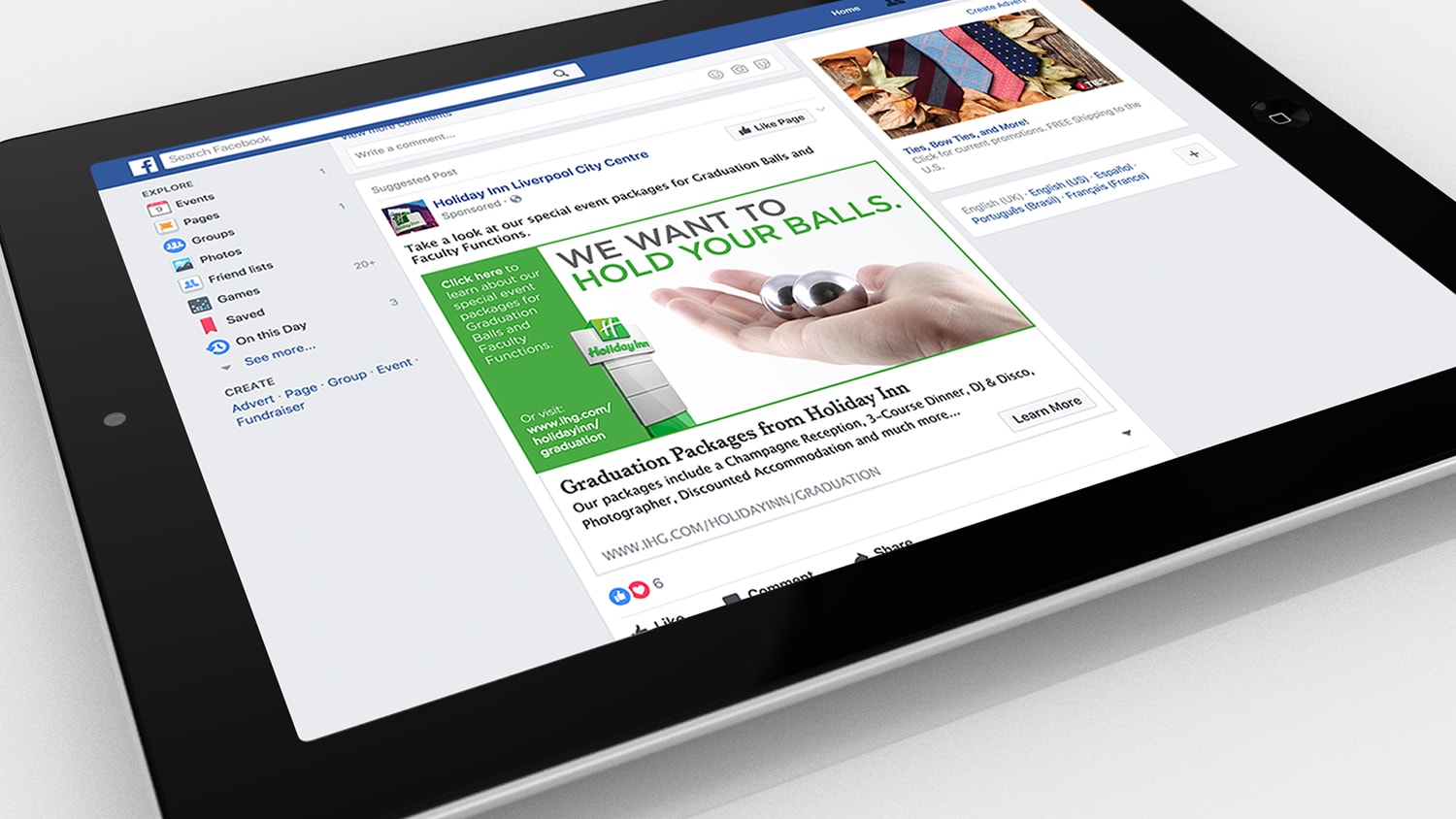